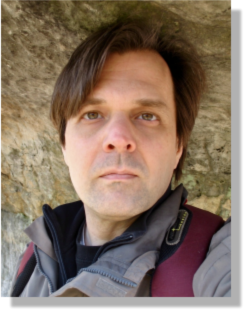 Brian Clevinger has nearly 30 years experience in electronic music, from modular analog instruments to developing interactive midi systems to today’s computer-based synthesis and processing. Prior to developing Absynth, Brian was active in the Paris experimental music scene, collaborating with many composers in the development of live electronic music setups, as well as composing for film and television.

In 1997 Brian recognized the potential for real-time audio processing using personal computers, and he set out to develop new instruments exploiting the possibilities of the new medium. His intention was to develop a synthesizer that would provide much of the flexibility and depth of a fully modular synth, without all the complexities of patching. The result was Absynth in 2000.

Since then Absynth has been an important part of NI’s line of instruments. Brian has worked continuously on expanding Absynth’s creative possibilities. He has created hundreds of Absynth sounds, many of which appear in Absynth’s extensive sound library.