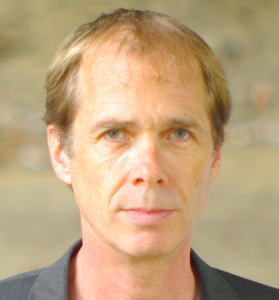 Brian Smith has been involved with audio technology since the early 1980s and has taught numerous workshops and master classes on sound design and audio production techniques.

After studying electroacoustic composition and computer music at the University of California, Santa Cruz, he co-founded the Language Lab, a multi-media improvisational group which performed throughout San Francisco and the Bay Area. He then went to Paris, where he studied orchestral conducting and taught music theory, before moving to Berlin in 1994, where he has been living ever since.

Brian has given lectures and seminars throughout Europe on audio technology, music production, sound design, synthesis, and audio productivity workflows. He also currently teaches sound synthesis in the Audio Design Department at the University of Applied Sciences Berlin.

Brian has also worked as a product specialist for Native Instruments and wrote and hosted the highly-acclaimed NI Absynth and Kontakt Tutorial DVDs. He has written and translated articles and books on mixing and mastering, and has authored handbooks and produced video tutorials on Sugar Bytes and Native Instruments audio software and hardware.

Having worked with Ableton Live since 2003, Brian is also an Ableton Certified Trainer, using Ableton as the central production environment in the courses he gives at big brain audio. At the beginning of 2018, he was re-certified for Ableton Live 10 and is an enthusiastic “Push-ist”, constantly finding new ways to use Ableton’s Push instrument.

In 2010, he founded big brain audio, a boutique audio school based in Berlin and devoted to high-quality hands-on audio training where he has written, organized, and given a number of intensive workshops on instrument creation, sound design, and music production. Brian also works closely with Nonlinear Labs, a company founded by Stephan Schmitt, dedicated to creating high-quality, expressive instruments for musicians.

Along with Maya Consuelo Sternel, he organizes the monthly meetings of the Ableton User Group Berlin. Brian also serves on the board of the DEGEM (the German Society for Electroacoustic Music), an organization which supports electroacoustic music and sound art within Germany as well as internationally.

Brian Smith is available for private instruction (one-to-one training) and consulting for DJs, music producers, live-electronic performers, and media artists, as well as for speaking or lecturing engagements worldwide. Please drop him a line using the contact form from this website.