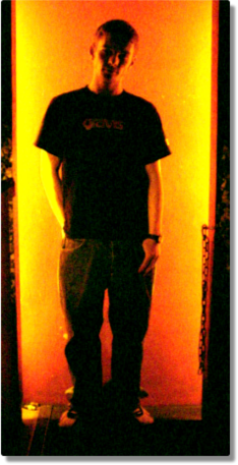 The Danish artist Mads Lindgren (aka Monolog) composes and performs music in a universe of sinister synthesis, agressive beats, and the innovative use of broken instruments, kitchen utensils, and recordings of the industrial surroundings of Berlin made into percussion instruments and explosive sound textures; Monolog’s music lies in the outskirts of the electronica genre. With a diverse past in the fusion-metal band, Wombat in Combat, as a drum and bass eventmaker and DJ, as well as a member of Vestbirk noiseensemble, Monolog is the result of years of experimentation.

In addition to being a very active performer and producer, Mads was the Lead Tester for Maschine from its birth until June 2012 at Native Instruments and is probably the world’s most virtuosic performer on this integrated groovebox system. He now works for Ableton as Quality Assurance Coordinator. Additionally, Mads has been teaching radical aesthetics at the university of Aalborg, and conducting workshops with Brian Smith on topics such as field recording & sampling technologies since 2010.